The Phaneron Review by Marcus Meng / 98 KUPD “Into The Pit” 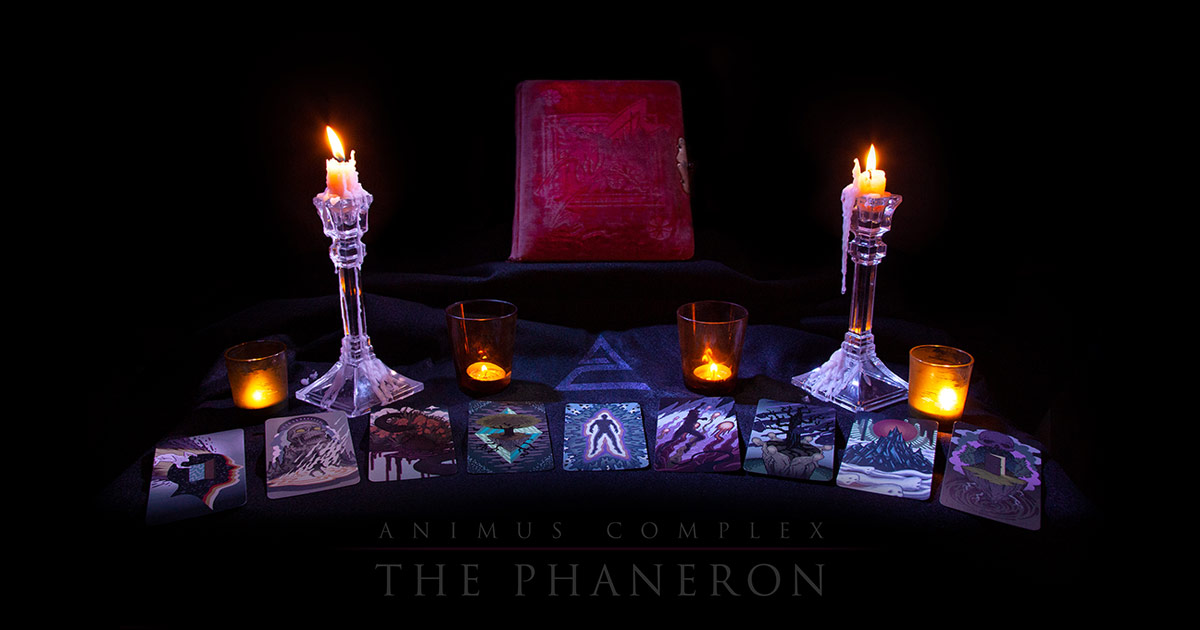 Animus Complex has had a welcoming evolution on their new album The Phaneron while still keeping the core sound of the past in check. I guess this shouldn’t be too surprising considering the amount of talent these musicians possess. The quick twenty second intro to the first song is a creepy and unassuming high pitched noise that makes you think you are one instant away from being murdered by a clown doll. Then an audibly masked voice says he wants to “…make something perfectly clear,” before kicking off a light guitar riff and then a bombastic level of low end. These beginning instances weave an ambiance of eerie uncertainty throughout the album. You have no idea what is coming next, but you’re certain of the anxiousness these foreboding background noises cause. It’s these small touches between songs and within them that define headphone albums. This is a journey to be taken alone and in the solitude of one’s own mind. A grandfather clock’s chiming, creaking stairs that sneak from one ear to the other mixed with strange phrases and a slowly dreadful bass rhythm. This is just the beginning of the second song. Crunchy guitar chugs mix with visceral guttural vocals that are blended with an almost church choir vocal melody that continue into pacifying clean singing. And don’t think the heavy vocals may turn you off as they blend together with ease and the clean singing offsets any over abrasiveness one might assume. The vocal mixture styles always keep you intrigued about where they may be headed. The percussion is so well integrated that it ties all the other instruments together like the secret ingredient a chef uses in his signature dish. Proggy groove metal with calming tendencies and a heavy vengeance of raucous beauty is how a normal person might review this album. But how can anyone really define normal?

Animus Complex’s album The Phaneron can actually be described as if Periphery and Devin Townsend decided to watch scary movies together which inspired them to sonically illustrate Homer’s The Odyssey, but based it off of Karnivool records pressed out of Peyote. I found myself equally swaying to the soothing vocals as the frantic guitar riffs maintain a feeling of urgency while still headbanging to the heavier parts of the album. The slower moments have such a catchy rhythm that only a corpse wouldn’t move. The ebb and flow of the album’s intensity is a road trip through the rolling hills of the Midwest. It doesn’t matter that there isn’t any scenery, climbing and falling with speed through the hills fulfills all of your cathartic needs and you realize the scenery wasn’t even important. The last two minutes of the record make you realize that you are not driving those hills, but in a medically induced coma while your mind trips out on the drugs keeping you under as aliens dissect your body only for it to be discarded as quickly as it was conceived. Grab your headphones, a few fingers of whiskey, a comfy chair, an unguarded mind and zone out to this album.